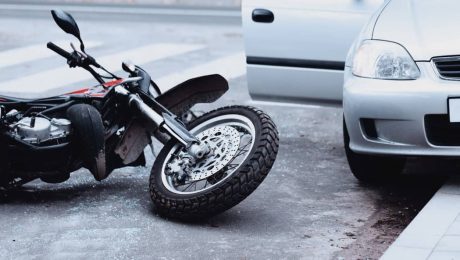 A Case Study by Liz Hoskin

Some of our cases can be really challenging, but we don’t give up easily!

I received a call out of the blue from a gentleman asking if we could help him, as he’d been in a motorcycle accident.

Unfortunately, he knew very little, having been knocked unconscious in the collision, and woken up in hospital with a shattered wrist.

All he knew was that he’d gone into the back of a car.

He wasn’t sure exactly where the incident happened as he was not on a familiar route.

He didn’t know the registration details of the other vehicle.

He had two vague memories, one of coming round in the ambulance and seeing his motorcycle smashed up in the road, the other was being told by the ambulance crew is that there were cars parked illegally on the nearside of the road immediately after a left-hand bend, the occupants having pulled over suddenly to look at something.

So, the challenge then was to do some detective work, to try and get clear details. Also, because the motorcyclist had ridden into the back of another vehicle, it was by no means certain that we would succeed in proving whose fault the incident was, especially without a clear memory.

What we did have was the name and address of the vehicle recovery company who had been instructed by the police.  From them, we got the police reference number and then the details of the car driver and insurance company.

That took over six months, by which time at least the injuries were settling down a little.

Finally, we were able to make contact with the insurance company for the stationary car, who accepted liability for the incident, and we have recently been able to settle the claim for compensation.

A Fast Turnaround After Evidence is Uncovered 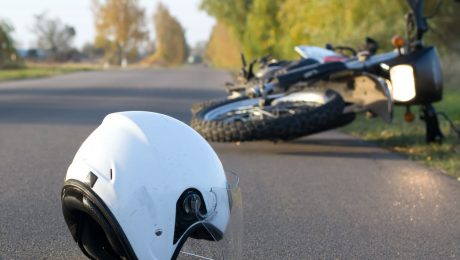 This particular case study shows how important photographs of any motorcycle accident can be, and highlights how having a biker on your side can be hugely beneficial.

On 23rd February, a disgruntled client, Mr A, left his existing solicitor and contacted SorryMate. Fergus Dalgarno picked up the motorbike accident file. An offer had already been made to Mr A at 50/50 on liability, and valuations had been put forward.

Mr A was riding down a country road when the third party, driving in the opposite direction, travelled onto his side of the road and hit him. The previous solicitors and third party insurers said it was 50/50 as it was one person’s word against the other.

Mr A’s previous solicitors did not seem to understand the significance of photographs he had sent of the scene which showed scratches on the road. Fergus and SorryMate were prepared to fight it on the basis of the photographs and the other side caved in as soon as that became clear.

We obtained instructions from Mr A on 2nd March, agreed the valuations, and proceeded for 100% liability. After months of the other side standing by 50/50 liability, on 8th March the insurers for the at-fault driver admitted liability in full. This took a total of six days for Fergus to settle the case in full.

This case shows how important it is to have bikers on your side when you have an accident, as the other solicitors completely missed the photos of the scratches. It also highlights how keeping evidence of the scene of the crash can be vitally important.